Jeffrey Buis has won his first World Supersport 300 race of the 2021 season at the Autodrom Most. After a very exciting final lap, Buis crossed the finish line first in the second race. Adrián Huertas was unlucky, but finished fifth and sixth after two strong races, which means he still leads the world championship.

The fourth round of the World Supersport 300 was held at Most, a new circuit on the calendar. Adrián Huertas, Jeffrey Buis and Koen Meuffels had already spent a day testing at the Czech track. For Yuta Okaya it was a completely new track. Championship leader Huertas was fast in practice and qualified himself on the front row for the races. Reigning world champion Buis was seventh in Superpole. Okaya was sixteenth in qualifying and Meuffels twenty-eighth, after his fastest lap time in Superpole was cancelled.

Huertas started the first race strongly and took the lead at the start of the second lap. At that moment the Spanish rider also crashed. He managed to get back on his MTM Kawasaki bike and had to continue in last position. Huertas rode with a great pace, including the fastest race lap, back to the front and ended up just behind the podium places in sixth place. Buis also fought at the front and finished seventh. Not far behind Okaya and Meuffels finished eleventh and fourteenth.

In the second race, Huertas was again strong and was leading a lot. The front group consisted of seven riders in the final phase. Okaya and Buis were also part of this group. Buis attacked in the last lap and took the lead in the first corner. At the same time Okaya crashed, causing Huertas to lose a lot of time as well. Buis was passed by two riders in the final lap and entered the final straight in third position. With a strong slipstream Buis managed to move up to first place. The difference with the number two was only 0.008 seconds. This meant Buis his first victory in 2021. Huertas finished fifth and Meuffels ended in eighth in the second group.

The fifth round of the World Supersport 300 championship will be held from 3 to 5 September at the Magny Cours circuit in France.

Jeffrey Buis: "What a fantastic feeling to win here! We had tested here in Most and that was positive for Friday in the changing conditions. It went well in qualifying too and we were allowed to start from seventh place. In the first race the pace was good, but I was a bit too enthusiastic at the start. Then I came back well. In the beginning of the second race I didn't really had the pace to fight at the front of the leading group. I waited until the final lap to attack. I came out perfectly on the last straight. So cool! I want to thank the team, my sponsors and everyone who helps me out!"

Koen Meuffels: "I was happy with the first day as we had the speed from the start. We only made it difficult for ourselves in qualifying. My fastest lap was cancelled and I had to start from P28. In the first race I moved up quickly and managed to get to the front group. In the end, I was not entirely satisfied with my P14. In the second race, eighth place was the maximum result, after the leading group broke up. Now we take a break and move on to Magny Cours!”

Yuta Okaya: "Most was a completely new track for me. We had a hard time in practice and we were searching for the right setup. From Superpole on the bike felt better. The pace was good in the first race, but it was difficult to pass riders in the group. The second race was much better, although I had to come back after the first corner because I had to avoid a crash. I came back to the leading group. On the last lap I pushed, but crashed and that cost Adrián a lot of time as well. I want to say sorry to the team."

Adrian Huertas: "Most is a great track that suits my riding style. First row on the grid was the main objective in practice and we managed it. We started well in the first race, but the crash was completely my fault. I feel sorry for the team, but I was able to quickly repair the bike and move on. I was able to come back to the first group and sixth place was the most positive result I could achieve. The second race I was leading most laps. My teammate crashed in the last lap and with that accident I lost a lot of time. Happy with my pace in Most, but not with the results." 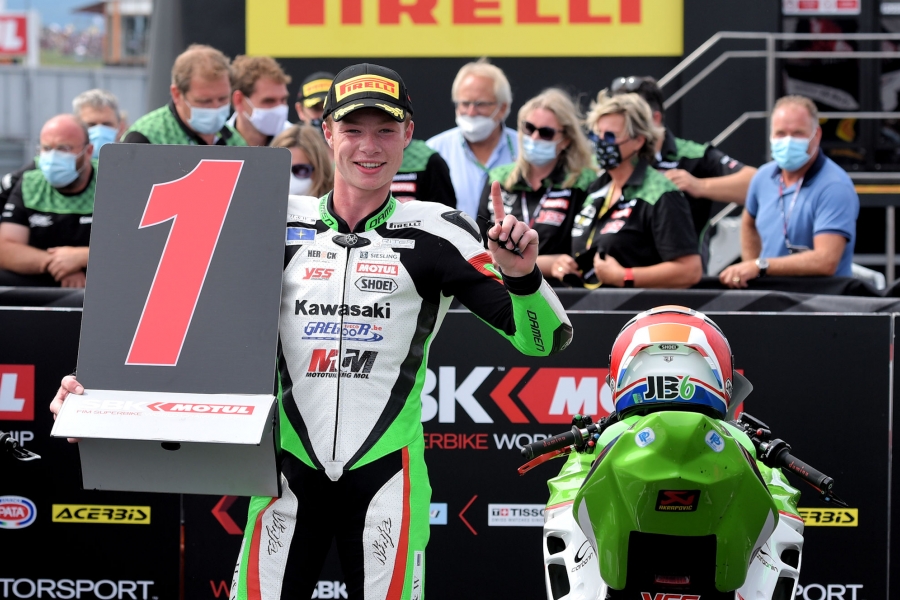 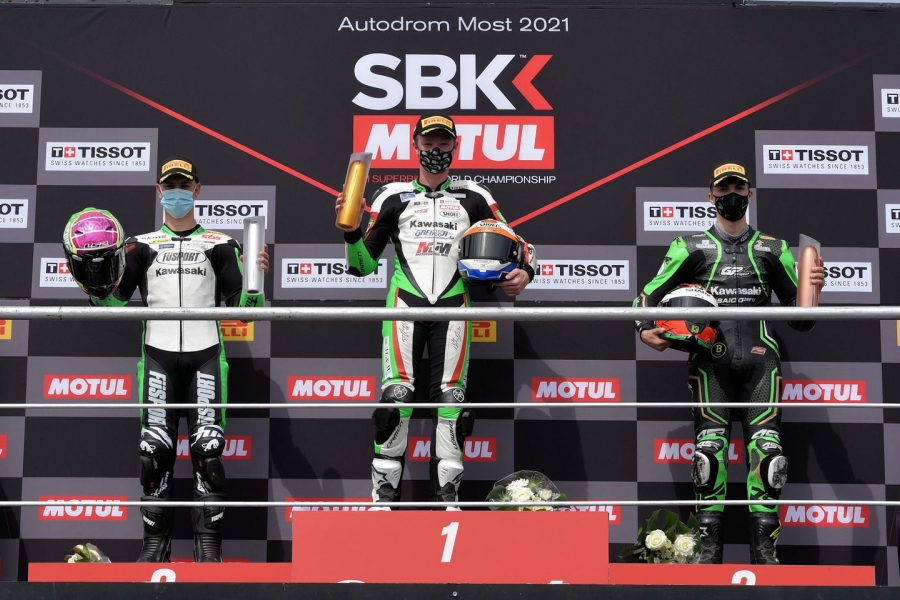 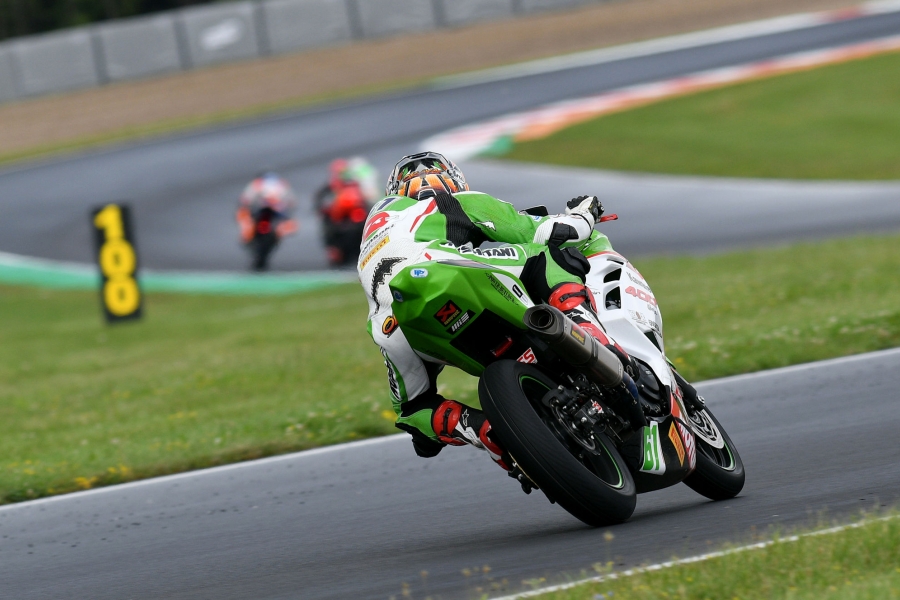 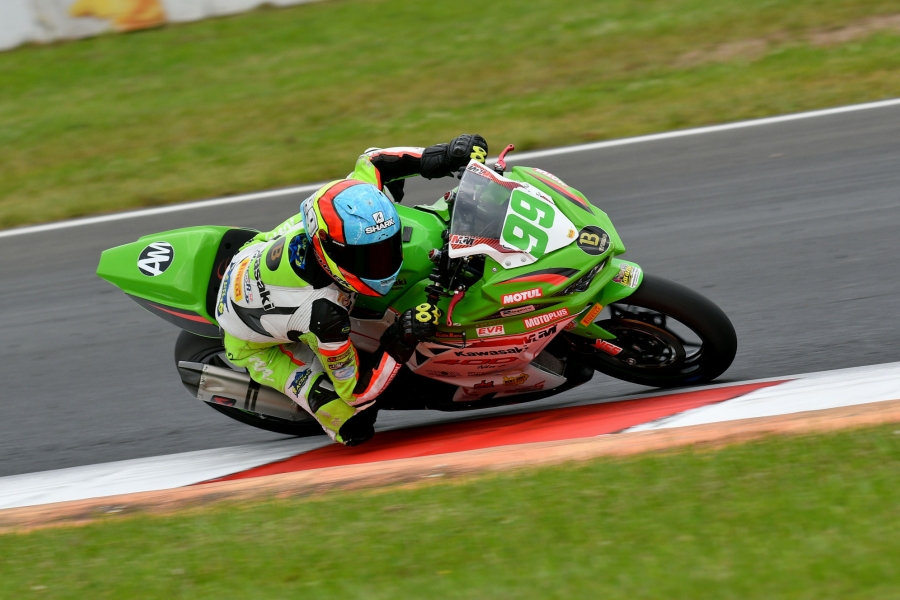